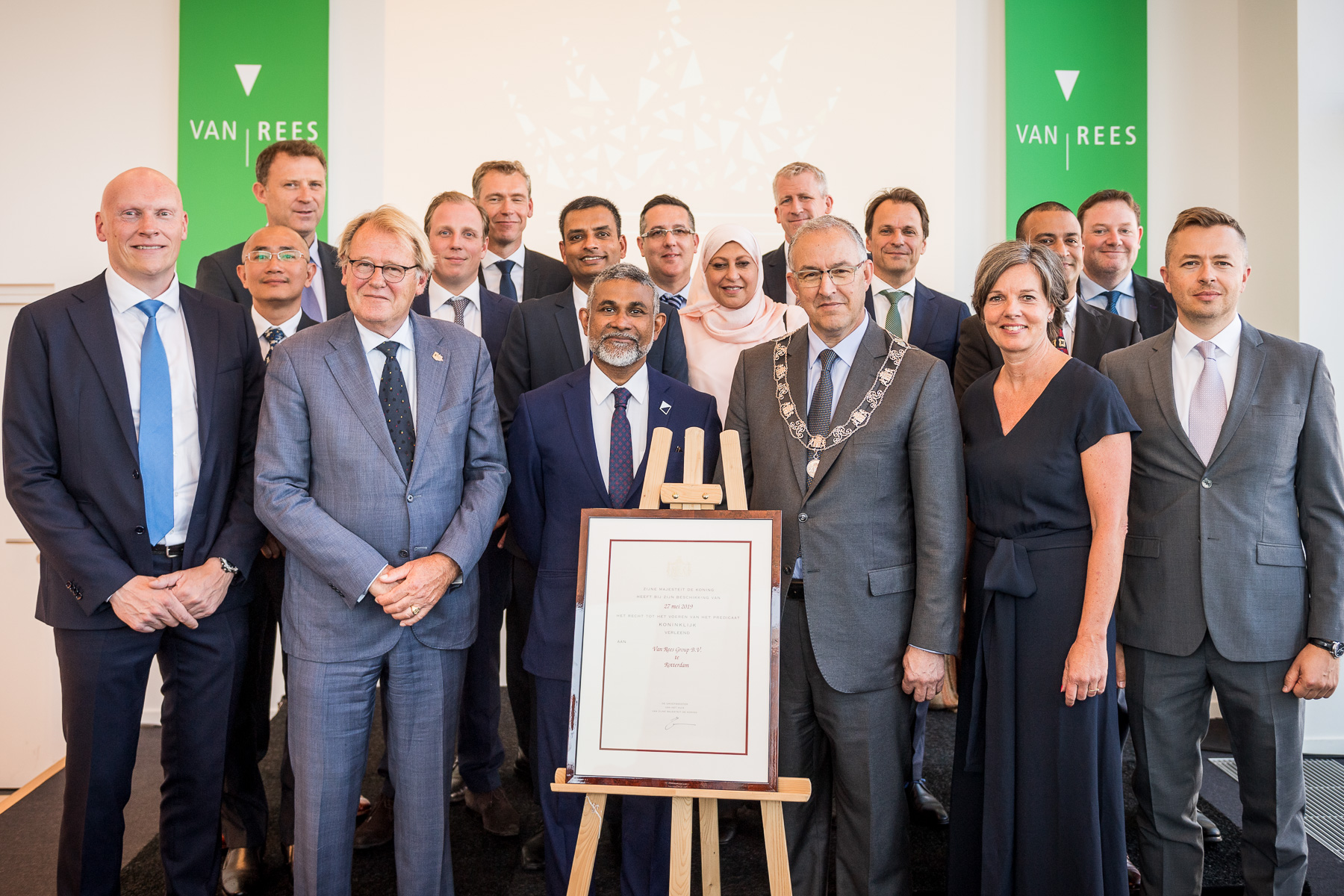 5 July 2019 – Van Rees Group BV, founded in 1819 and one of the largest independent tea traders in the world in 2019, has been awarded the designation “Royal” by His Majesty King Willem-Alexander. In the Rotterdam office where the start of a festive anniversary celebration was inaugurated on 5 July 2019, the King’s Commissioner in The province of Zuid-Holland Mr Jaap Smit, in the presence of the Mayor of Rotterdam Mr Ahmed Aboutaleb and 150 business relations from all over the world, handed over the predicate to Rajith De Mel, Managing Director of Van Rees Group.